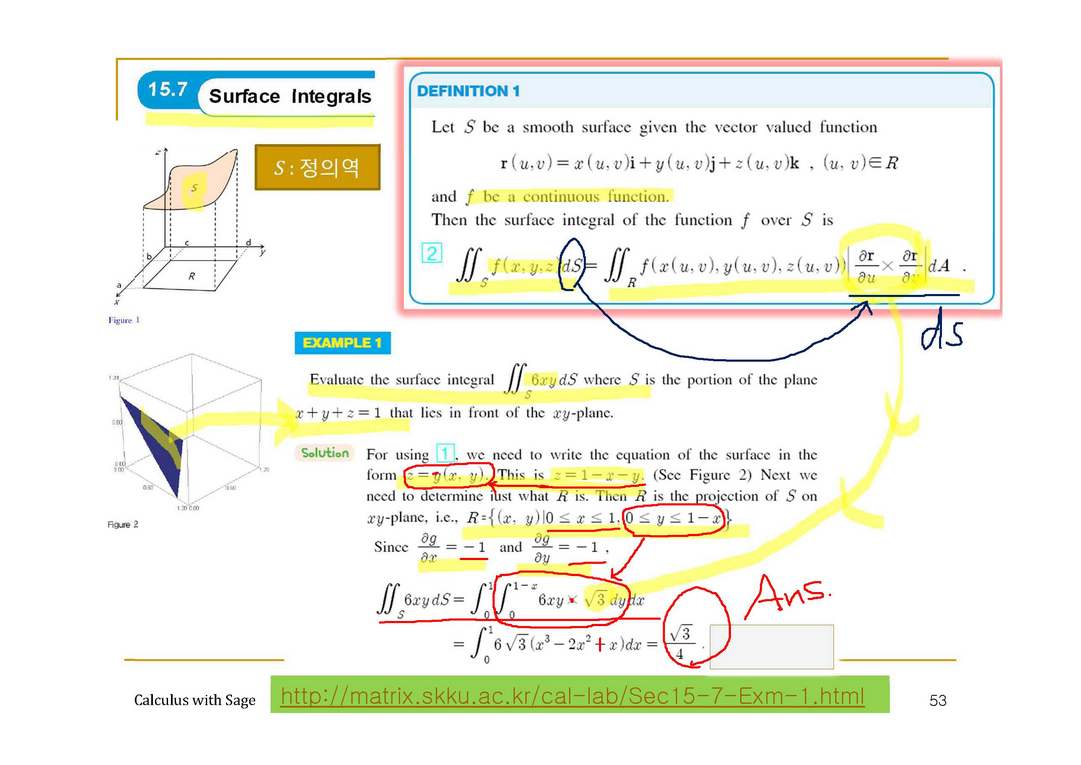 where the expression between bars on the right-hand side is the magnitude of the cross product of the partial derivatives of x(s, t), and is known as the surface element. A vector field on a surface

This illustration implies that if the vector field is tangent to S at each point, then the flux is zero, because the fluid just flows inparallel to S, and neither in nor out. This also implies that if v does not just flow along S, that is, if v has both a tangential and a normal component, then only the normal component contributes to the flux. Based on this reasoning, to find the flux, we need to take the dot product of v with the unit surface normal to S at each point, which will give us a scalar field, and integrate the obtained field as above. We find the formula

The cross product on the right-hand side of this expression is a surface normal determined by the parametrization.

is the surface defined by the vector function

into the integrand and we have

is the surface with parametric equations

is the part of the plane

that lies in the first octant.

is the portion of the paraboloid

is that part of the plane

which is  located in the first octant.

can be thought of as a graph surface of a function

.
The unit normal to this surface is given by

is the entire surface of the cube bounded by

can be spilt into six surfaces

as shown in the figure. It is easy to see that normal to 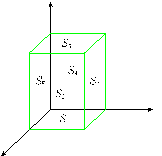 be the surface of the cylinder

included in the first octant between

as shown in the figure.

9. Find the surface integral over the parallelepiped 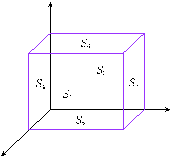 is the surface of the sphere

The sphere can be given a parameterization

is the boundary of the solid surrounded by

is a graph surface of 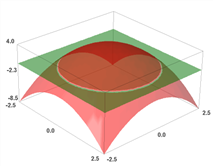 Back to Part II